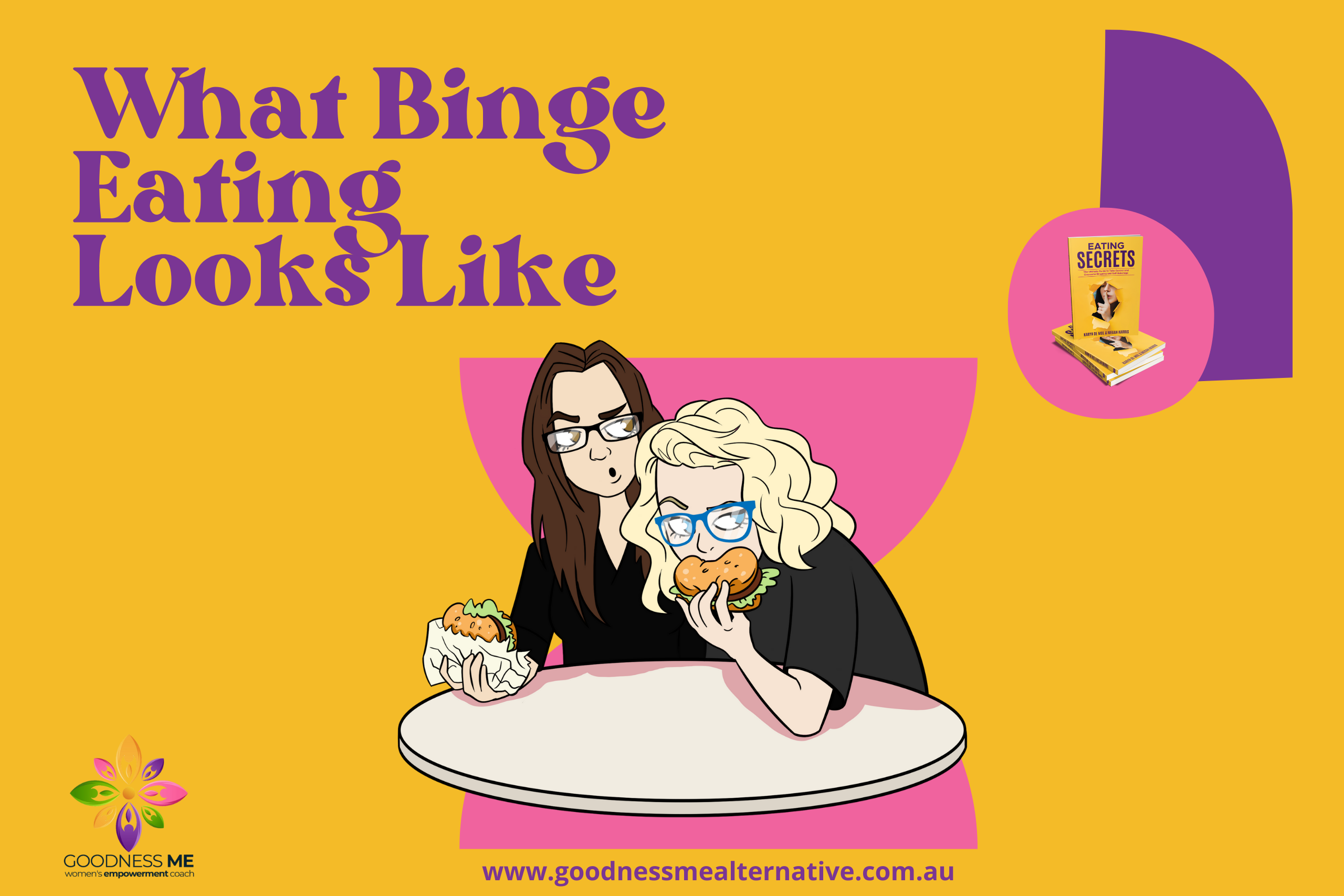 What is Binge eating disorder or B.E.D.? It is a diagnosable disorder characterized by recurrent and compulsive episodes of eating substantial quantities of food. Typically, consuming the food quickly, the eater cannot stop and eats with significant discomfort.

While B.E.D. is treatable and people get better, it is considered severe and life-threatening.

Everyone sometimes overeats during the holiday season, where overindulgence is typical, or when dining out on occasion at a favorite restaurant. Excessive eating becomes a regular activity for the binge eater and features a loss of control, making it a common occurrence.

B.E.D. is a widespread eating disorder; it is more common than Anorexia and Bulimia. According to Mayo Clinic and WebMD, binge eating disorder is severe, life-threatening, and treatable.

While primarily characterized by specific dysfunctional eating habits, B.E.D. It goes beyond food and features very real emotional and psychological aspects; these issues are the core of losing control over food.

Some critical features are losing control, overeating, and chronic upset after binge sessions, including shame, guilt, and regret. The same embarrassment explains why binge episodes often occur in secret and private. Consulting with a health care professional is the only way to diagnose if you have B.E.D. and get help to ensure a successful recovery.

Binge eating patterns often take over a person’s life, causing them to focus on eating, not eating, or rituals of eating regardless of the damage their behaviour causes them mentally, emotionally, and physically.

Someone might develop dysfunctional relationships with food causing Binge eating for many reasons. Researchers have concluded that Binge eating is related to a troubled relationship with food and a sense of emotional vulnerability. Other Causes Include:

The Role of Emotional Health

Psychologists define emotional health as a person’s ability to accept and manage their feeling, thoughts, and behaviours through challenge and change. Emotionally healthy people can cope well with life’s challenges, while people with low emotional health often struggle when life is complicated.

Dysfunctional eating patterns like Binge Eating can develop when a person’s emotional health influences how they use food to manage their feelings.

Feelings of low self-worth can damage emotional health and lead to Binge Eating.

Challenges and changes in life cause stress. People with low emotional health don’t manage stress well and often turn to food to relieve stress and make themselves feel better. Because the feelings food provides are temporary, dysfunctional eating patterns can develop when people overeat or become addicted to certain foods.

Social difficulty can be both a cause and a result. When people’s emotional health and self-esteem are low, they may develop dysfunctional eating patterns to soothe their feelings of not being included or accepted by social groups. The behaviours associated with dysfunctional eating, like binge eating, can create social difficulty when they interfere with normal social activities.

Personality traits like perfectionism can lead to Binge Eating because they distort a view of acceptable behaviour. When a person doesn’t feel that they can uphold their standards or meet other personality expectations, their emotional health can decrease. Binge eating can become a way to cope when they don’t feel that they measure up to their goals.

Like social difficulty, anxiety and depression can be both a cause and a result of ‘Binge Eating. When people recognize they are engaged in dysfunctional eating patterns but have a problem stopping the behaviour, they may become anxious or depressed.

A history of dieting and being unable to reach weight goals can also lead to intense, repeated attempts to diet and dysfunctional eating patterns. According to scientists, genetics may also play a role in dysfunctional eating, including family histories of anxiety and depression.

Are you ready to be FREE of Binge Eating? You can leave bingeing and the dieting-stress behind that makes you question yourself. I get you I have been there.

I have co-authored the 9-time award-winning and best selling book, you too CAN learn the steps to take control of your urges

Become the person who’s ready to reclaim their life.